Happy 5 year anniversary to us!  We had a great day & night - despite me being less than a week out from delivering a baby!  We started with muffins and OJ (I pretended it was a mimosa) - special thanks to Avery who "made the muffins" aka stirred the batter for us! 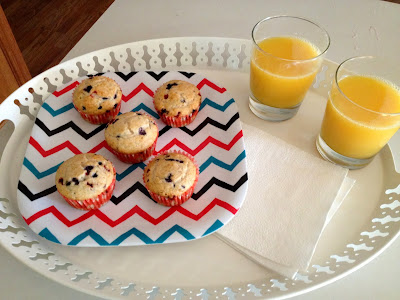 Since we unfortunately never got to eat the top tier of our cake (it was secured at my work/our reception venue's freezer at least 11 months, but when our anniversary rolled around it had magically disappeared!), I decided year 5 would be a good year to get some cake!  Plus, I couldn't have alcohol, so cake was the next best thing!  We live too far away from the original baker, but a local one helped me out! 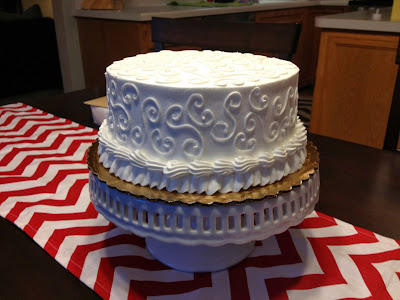 As far as gifts go, we do not typically do presents for anniversaries.  Nick always brings home flowers and we go out to dinner, but that's the gist of it.  On our first anniversary, we did take a trip to London & Nottingham, England, so I counted our tickets as the traditional first anniversary gift of paper.  And again, because #5 just felt like a bigger deal than numbers 2, 3 and 4, I decided to gift need something wood - because I am so traditional and all!  I came up with a wooden cigar box from Morgan Hill Designs on Etsy.  Nick likes an occasional cigar, but doesn't smoke often, so I went to the classiest strip mall cigar shop I could find and picked up 2 cigars - one for our relationship and one for our kiddos. 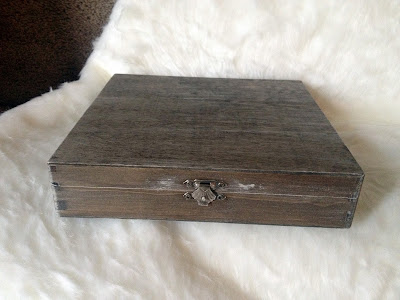 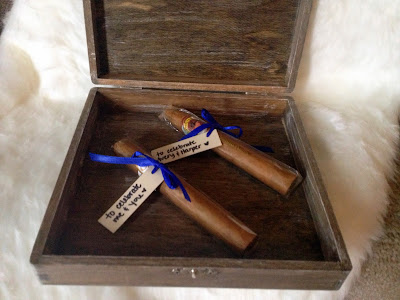 We wanted to include Avery in our anniversary celebration - it's so important to show your kids that you love each other!  So a little cake-before-dinner it was!  We also watched our wedding DVD as we do every year - fun to go back to your wedding night and relive it the whole day in a nice 9 minute music video!  Then we had dinner at Francesco's - one of our favorites and went to our first movie in a theater in THREE YEARS - you heard me right, 3 years!  Nick loves going to movies, me not so much, so anytime we have a chance to get out for a date, I'd rather go to dinner or do something with friends.  So what better movie to watch on your anniversary then Bad Grandpa?! :)  Cheers to 5 years!  Next on the agenda: BABY TIME! 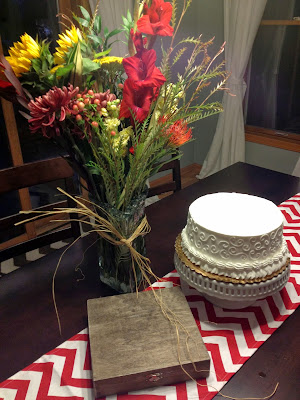 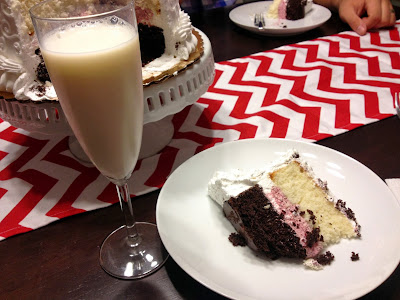