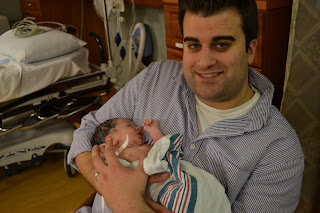 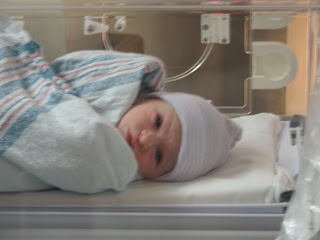 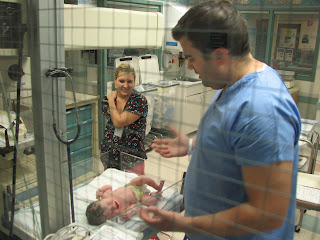 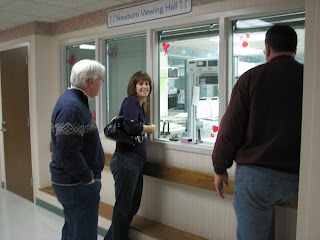 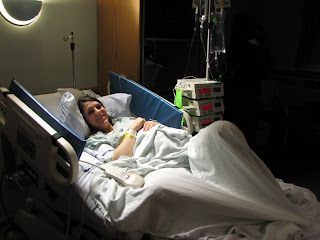 well it was a wild, unexpected weekend to say the least, but we can not be happier that we are home now with a precious little girl! while the labor & delivery experience could have been a little less eventful, i am beyond excited that i am no longer pregnant and am blessed by beautiful Avery! to sum it up, here was our experience as first time parents!!

Friday ~ Because of my stint at the hospital on Monday, the doctor had ordered a non stress test for me at 11am. My blood pressure there was the highest its been, so the doctor Dr. B admitted me to the hospital again. Thankfully my mom was with me as we were trying to keep Nick at work as long as possible (had a really busy night ahead of him at work!) The on call doctor at the hospital Dr. G monitored me for a few hours and because I was full term, decided there was no harm in inducing labor. i was upset about it because I was not progressing enough to be ready for labor on my own, but relieved to think that I wasn't going to be sent home again without a baby! We were moved to a delivery room about 4pm and started induction -- was 2 cm dilated and 75% effaced so they decided to skip cervadil and go right to pitocin to start my contractions. At the same time I was also put on magnesium to prevent a possible seizure from high blood pressure. They did tell us the magnesium would count the effects of the pitocin, so labor would be a very slow and long process. I got absolutely no sleep on Friday night because of the monitors, blood pressure cuff and I was becoming very loopy/nauseous because of the magnesium. Nick stayed with me so i was glad to have him there.

Saturday ~ Dr. Shah was the on call doctor all weekend starting early Saturday so it worked out great for me as she would be there overseeing my labor and delivery. When she came in to see me Saturday morning, there had been no further progress, so she decided to break my water about 9:45am. I starting feeling contracts at 11am, but couldn't get the epidural until I was 4cm dilated at 3pm. The anesthesiologist was awesome and came to check in on me often. The epidural hadn't fully taken on my right side so he was able to give more medicine to even it out. Active labor starting at 8pm when I was 8cm dilated and I started pushing around 10:45pm. pushing was really hard for me and i was feeling everything (not sure my epidural fully took) and after an hour or so of pushing, Dr Shah ordered a c-section at 12am. I just wasn't making the best progress and because I was so tired and delirious - the pitocin wasn't really doing much anymore and contractions were far apart. I was panicked and scared but just wanted baby out as soon as possible. They prepped me for surgery but after I got to the OR an emergency c section came in that they had to do first, so i had to sit in the OR ready for surgery for over an hour before Dr. Shah finally came back in. I was freaking out just laying on the operating table for that long, but luckily I had my awesome anethesiologist and nurses and Nick of course to keep me company. They calmed me down when I was being terrified but played along when I could mutter a joke or two out! Both sets of our parents were in the waiting room and i'm sure they were freaked out as well for how long everything was taking - they thought they were going to get a grand daughter at 10pm! Everytime they heard the lullabye song (played every time a baby was born)they would get so excited, but quickly turned down that it was not yet Avery's song. The c-section itself was horrible - it felt like wild animals were attacking my stomach .... it may have just been my situation but I felt like I could feel everything. I was told I would feel tugging and pressure, but no where near as much as I had felt. I was a train wreck during the surgery and can only imagine that I was the loudest patient ever with my swearing, crying and quiet screams. This was not at all how I pictured it would be and I felt so helpless just lying there unable to make it stop. Avery was born at 2:12am and I got to finally meet her and hold her about an hour later in recovery. She was wide awake and it was amazing to see her huge blue eyes and full head of dark hair! she was TINY - only 6 lbs 8 oz ... way smaller than we expected her to be! Nick also got to hold her for the first time right after me and while our parents got to see her in the nursery, they were unable to hold her. We got to our mother/baby room about 5am and I was out of it the whole day with all of the drugs. Thank you to all of the visitors Monday although I hardly remember your visit! We were supposed to be in the hospital until this afternoon, but they let us leave yesterday afternoon. After spending 4 nights there, I was so ready to go home! We had fabulous nurses with tons of helpful tips, but I was ready to get out of there and so was Nick! What a trooper for him sleeping in that uncomfortable chair bed!!

Today has been a great day relaxing at home with Avery. She has been sleeping a TON and is hard to wake her up during the day, but she is currently enjoying her new swing while I type and Nick gets his hair cut. Tomorrow is her first Dr. appointment and on Friday I am getting my staples out. Despite our fears, Foxxie loves her new sister and is very protective over her. She is concerned when she cries and loves giving her kisses!

Needless to say Nick and I are so in love and so blessed! Thank you to our families, especially my parents, for being there at the hospital and for helping out the past few days. Your support and encouragement has been huge and we can not be more thankful for you to be in our lives and Avery's. Thank you also to our friends for your support - emails, texts, Facebook posts - we enjoy hearing from you and hope you all get to meet Avery soon. She is usually sleeping when we have visitors but I promise you she appreciates it and loves being held by all of you!

More to come as Avery continues to grow, learn and adjust to this new world!